We spent several hours test dimpling, countersinking and riveting to get the depth of these countersinks just right.  Armed with some calipers, we were able to measure the depth of the 3/32″ countersinks, and aimed for .005″ below flush (as measured with a rivet in the hole).  There’s a lot of variation just from pressure on the drill, and settled for .0050″-.0065″ below flush.  There are hundreds and hundreds of holes to countersink.  We also riveted in the nutplates and started countersinking the #8 holes using Van’s recommended method of centering the bit in the nutplate.  It started out looking absolutely terrible, but once we got the depth right it was fine.

Squeezing rivets for the nutplates: 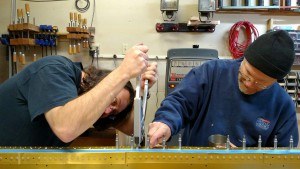 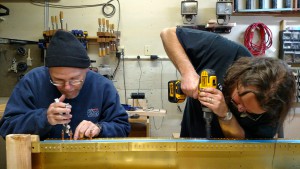 Measuring the diameter of the #8 countersinks to determine depth, since you can’t stick a rivet in there. 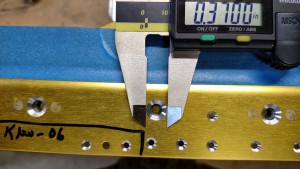 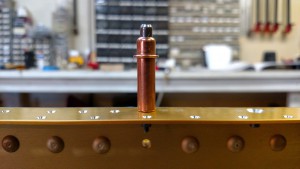 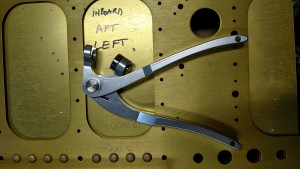 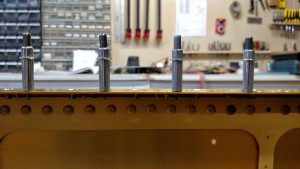 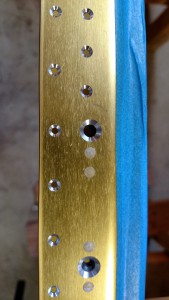 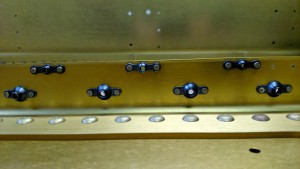 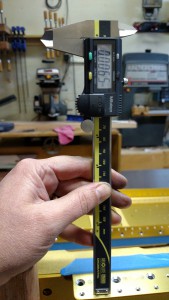