Randy and Tracey both came up today, Jonah was actually available and we all got the whole wing kit unpacked.  It wasn’t as bad as I might have thought as there were fewer random little non-identical pieces as there were in the tail kit.  Parts storage wasn’t too bad, as all that’s left is the tailcone and it fits on 1 shelf of parts and 1 shelf of skins.  That left 3 shelves for the wing parts, plus I stuck the wingtips in the recommended open-end-down location on top of the storage area in the garage. 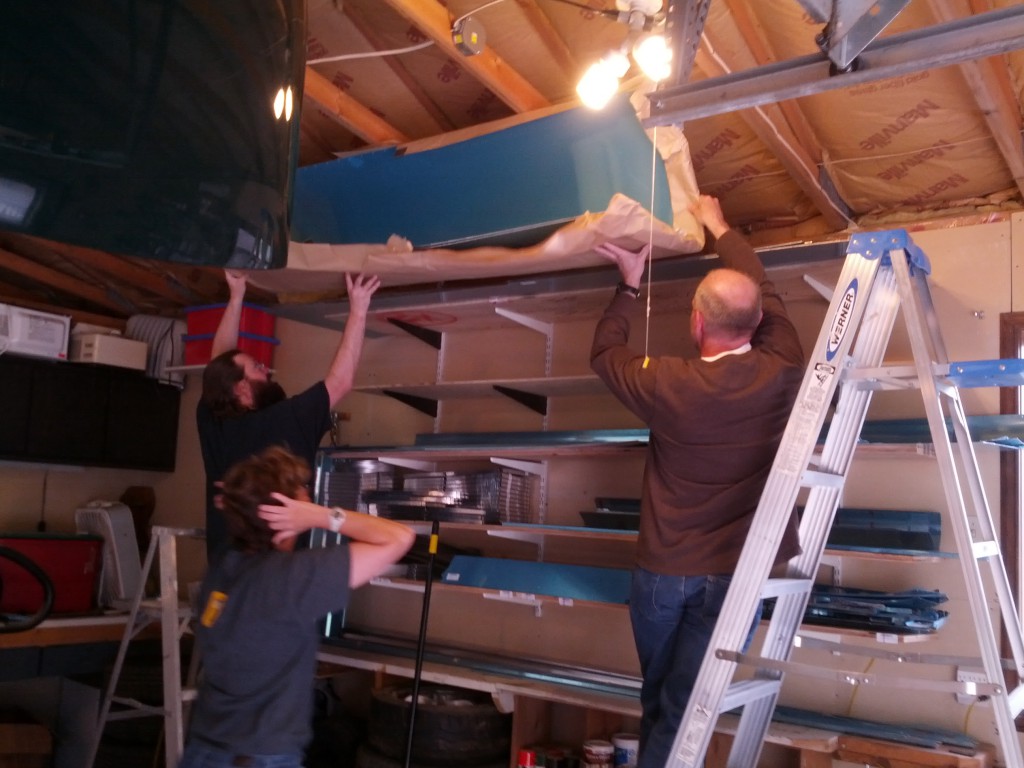 Randy and Berck spent a few hours drilling on the left Elevator.  We’ve gotten it all drilled, we just need to work on the elevator access plate for that side, then it can come apart for dimpling/deburring.  The right elevator still needs to be match drilled. Building the elevators is roughly equivalent to building two rudders at once.  We’ll finish eventually.  We’ve not done much the past few weeks, and I hope we’re able to step it up a little soon.  If nothing else, I haven’t been working after work at all, and I hope to get back to that.  A few hours each night adds up really quickly, especially if Jonah helps. 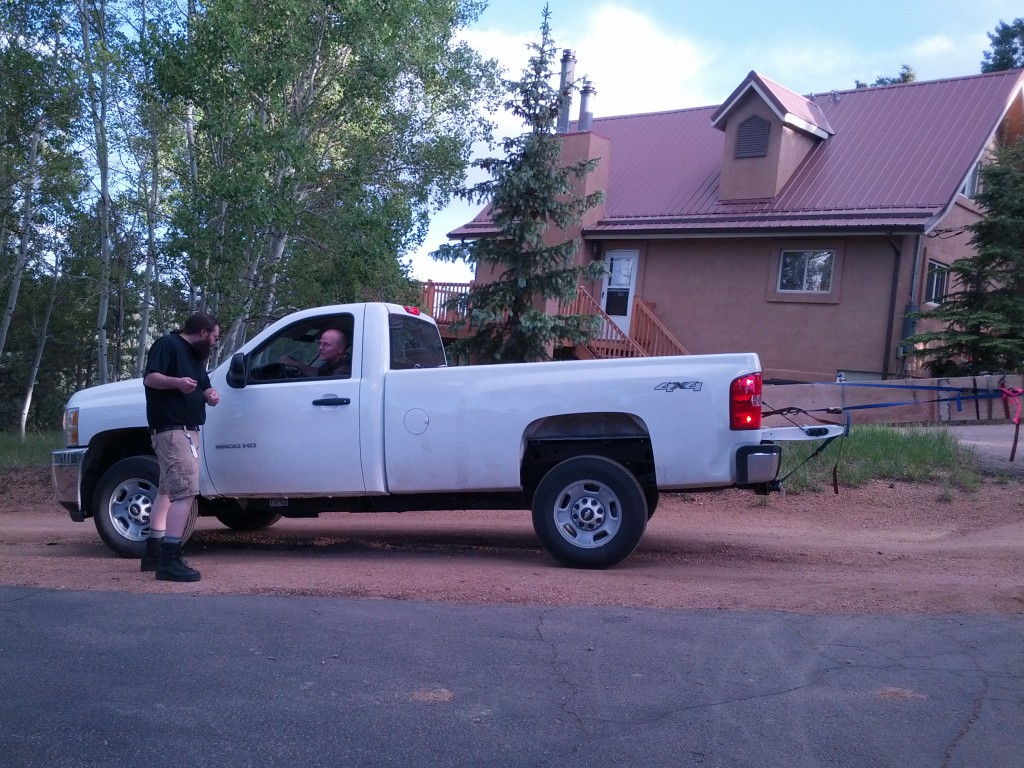 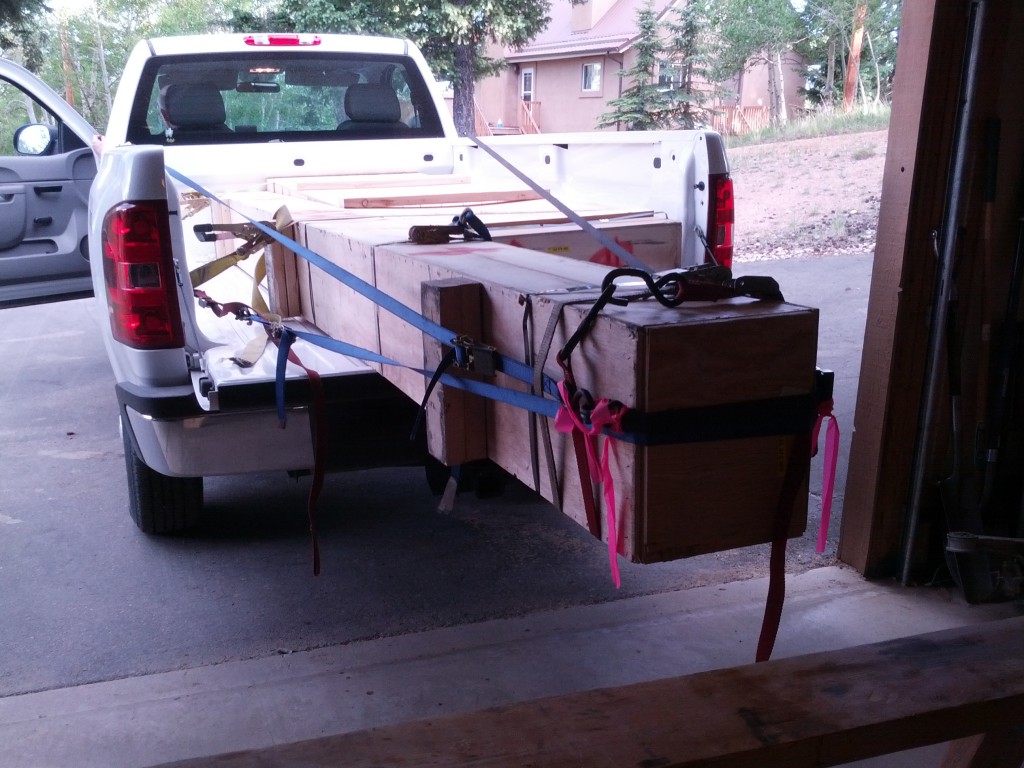 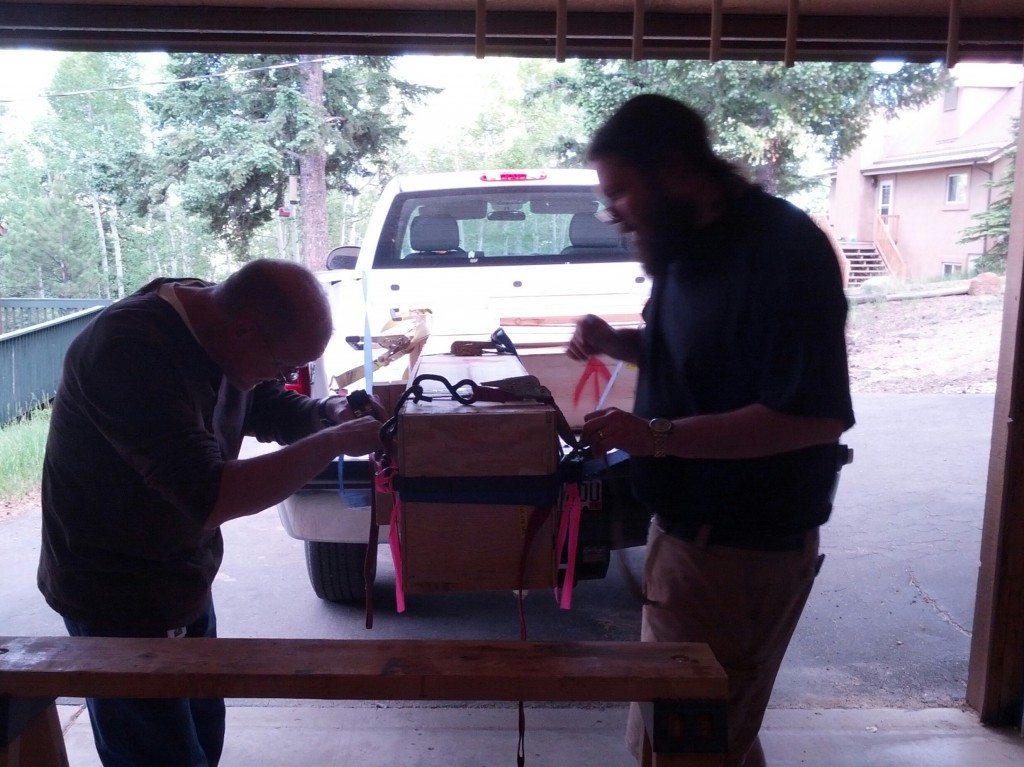 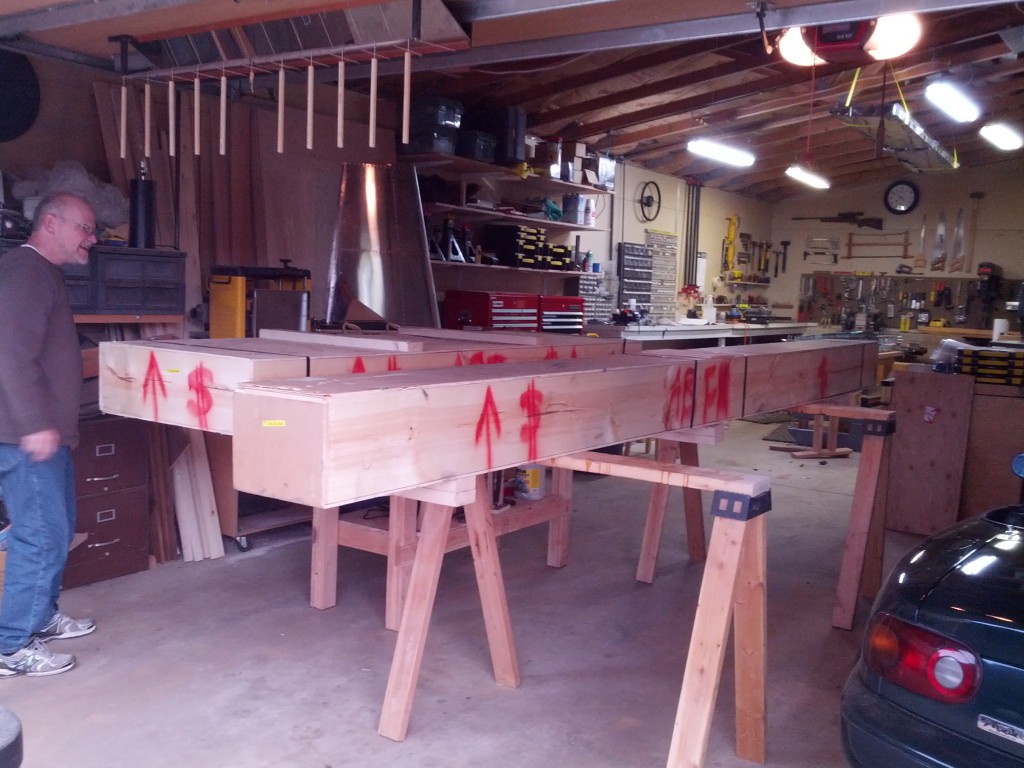 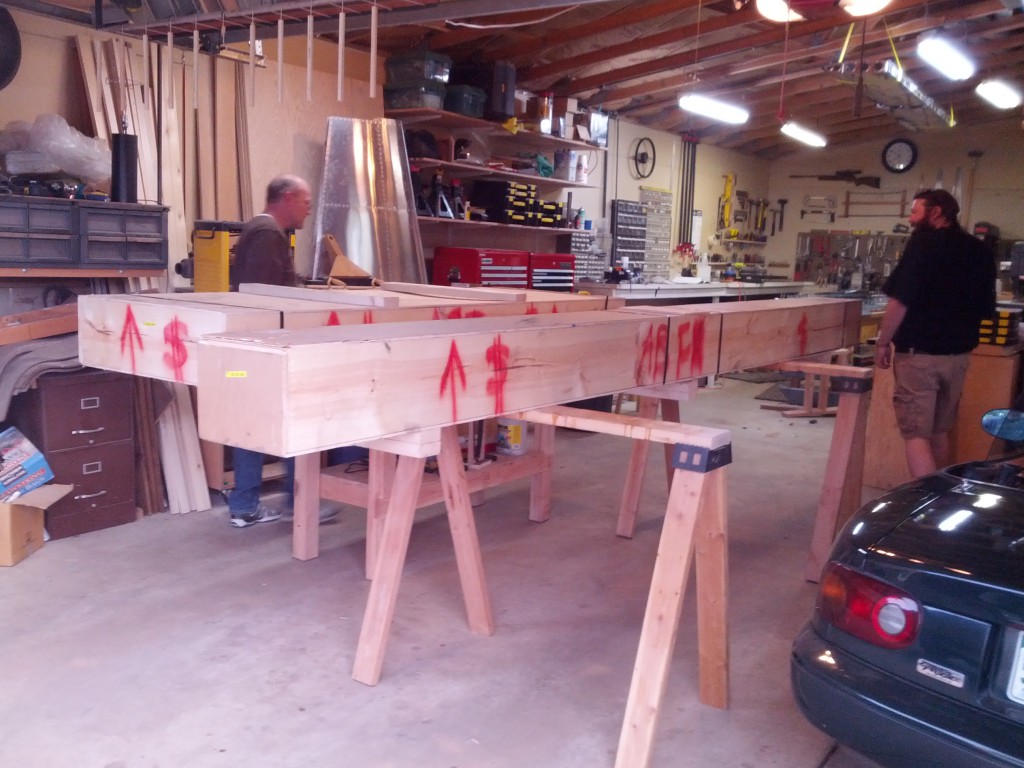 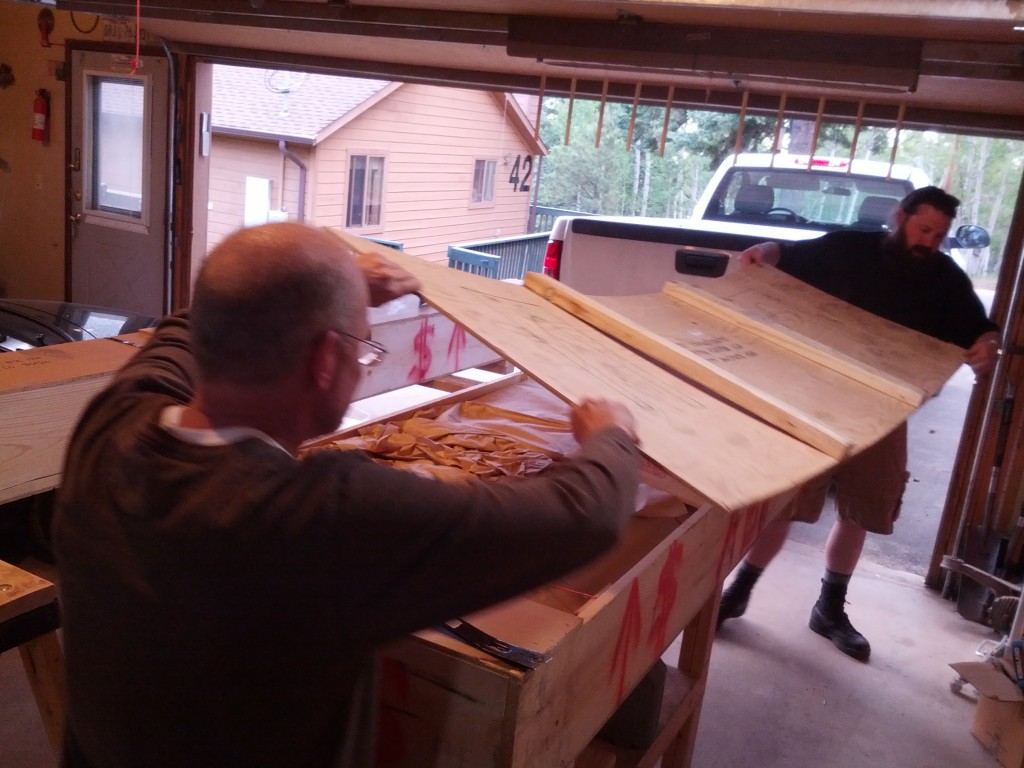 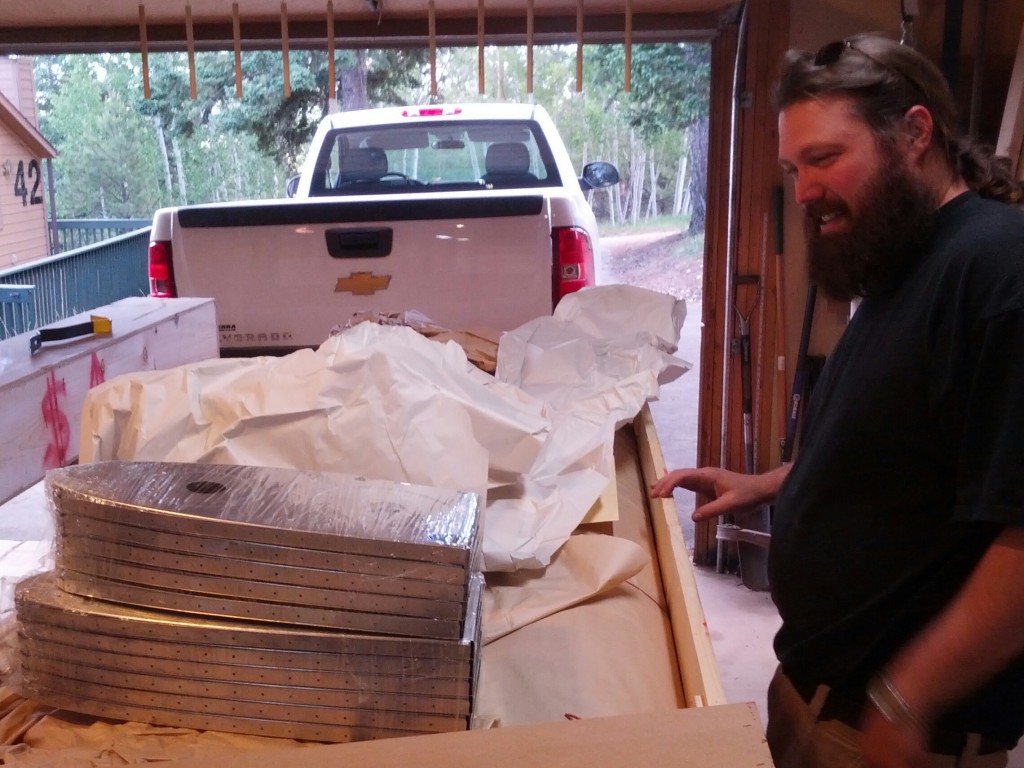