I’m the latest victim of an (apparently) well-known defect in the plans.  You’d think that after a decade, Vans would update them.

Section 26 should have had us dimple the #40 holes in the part below.  It’s really difficult to do it after the fact.  I used  combination of a female dimple die mounted in a block of wood, a male dimple die in a rivet set in a rivet gun, and a squeezer with the female dimple padded with a half-dozen washers to clear the upper flange. 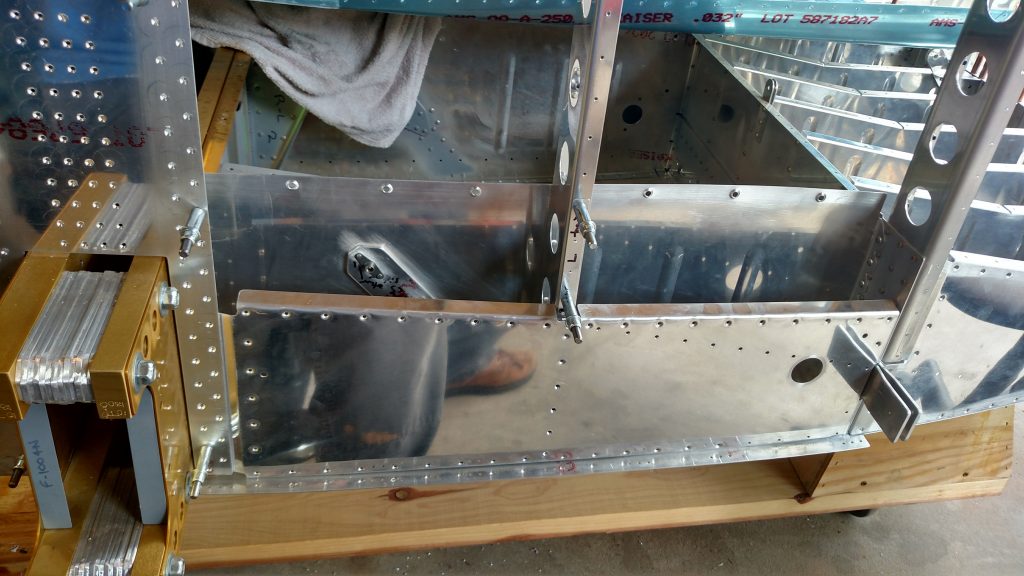 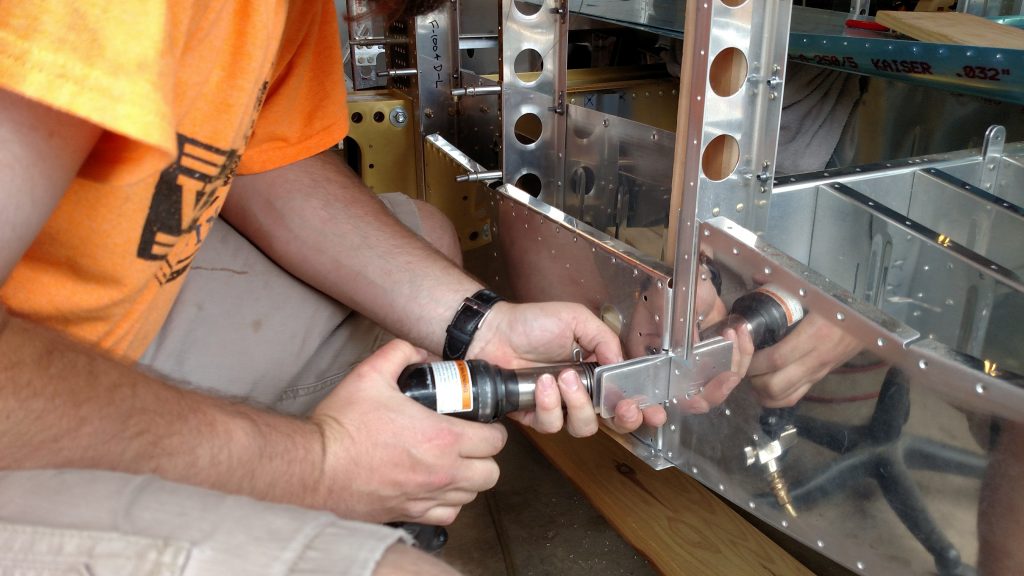 The notable omission was the nut plates in the upper fuse channels aren’t mentioned anywhere.  Fortunately, section 29 is the time to fix the problem, rather than the time I’d have noticed the problem. 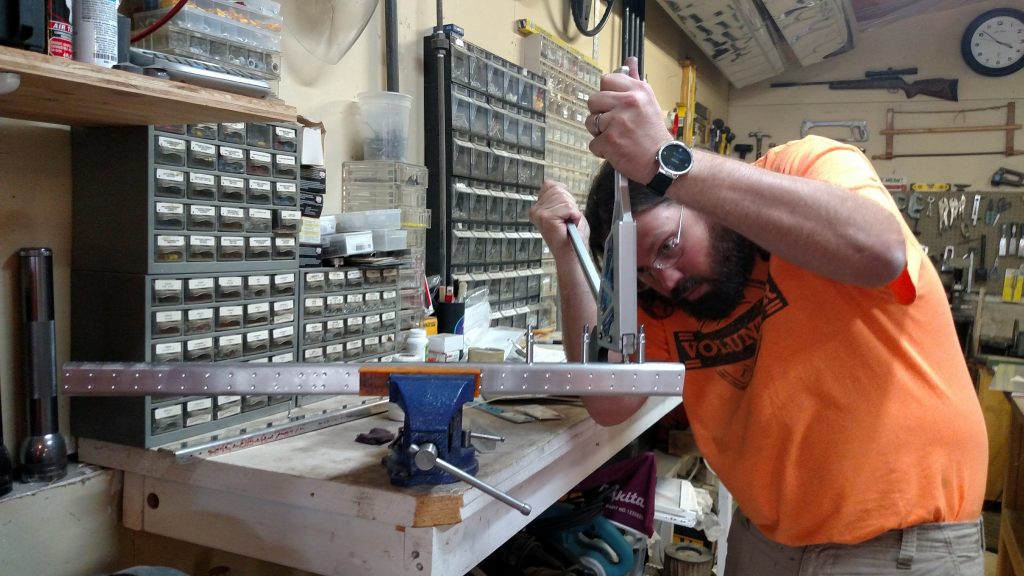 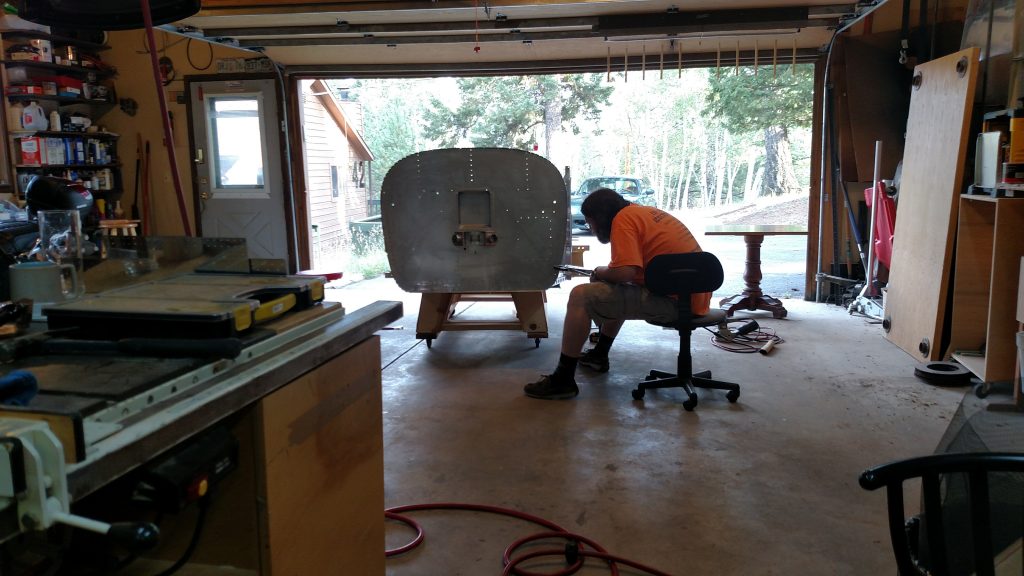 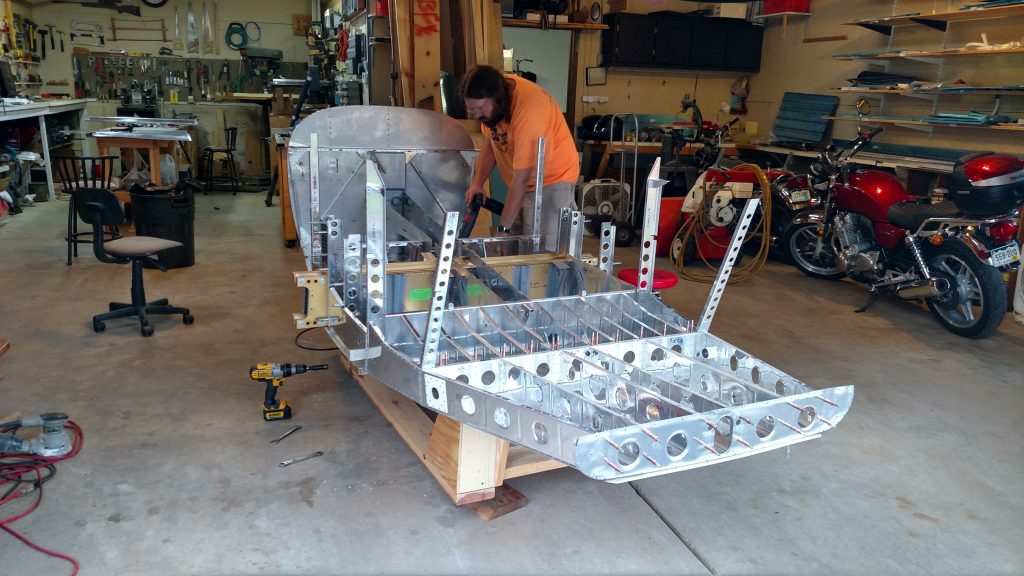