In order to fix the improper fuel return location, we decided to just leave the old fittings in place, then cap and proseal over them.  So we needed to order new AN fittings, as well as the nut retention plate from Van’s.

I managed to get distracted while drilling the holes for the nut retention plate and while trying to match drill, managed to completely miss-drill.  Probably should have just drilled the hole in one go rather than drilling it smaller and match drilling.  Fortunately, there is nothing structural about the nut retention plate, so I’m not too worried about this mistake: 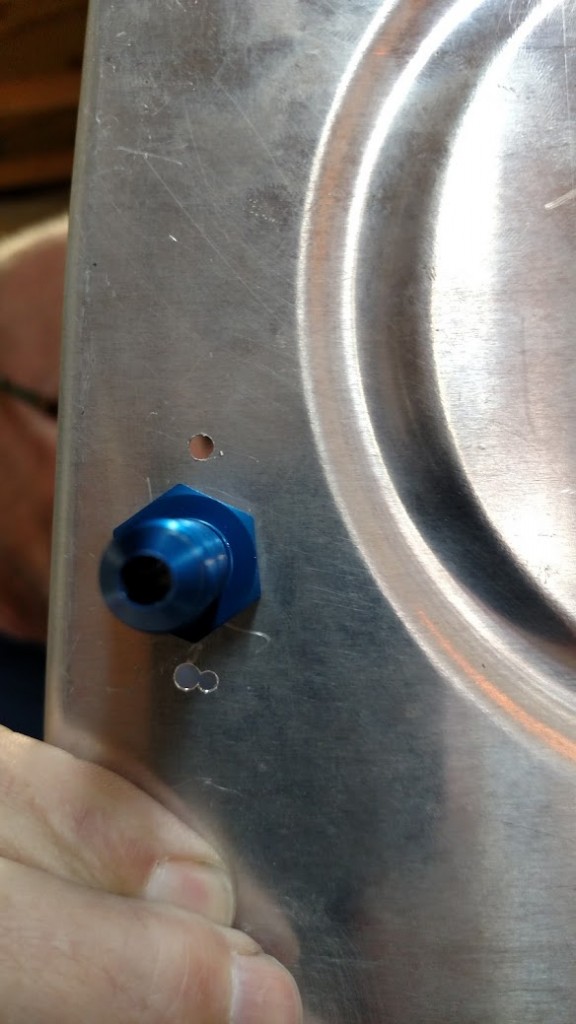 To start, Randy noticed that the location I picked (after very careful study of a few Vans Air Force threads) was still wrong.  Most of the folks on the VAF thread ran into a problem with spar interference by placing the return line fitting forward of the fuel vent fitting.  This seems like a logical spot, but apparently causes spar interference.  Since I actually did some research ahead of time, I was determined not to make the same mistake.

So I made a different mistake.  The first problem was the one mention in the previous update: the fitting interferes with riveting.  The folks on the VAF thread didn’t have this problem because they installed the fitting after riveting the inboard rib in place.  But Randy noticed an additional problem: I’d picked the upper aft corner of the rib, but that location interferes with the aileron pushrod. So we needed to move the fitting to avoid that problem.  We settled on a location (not pictured here, but later) next to the fuel outlet fitting.

The next mistake of the day involved the fuel level sender float.  The wire supporting the float needs to be bent for the particular installation, and Randy meticulously measured and bent the wire according to the directions…. but missed the fact that there’s an additional short 90 degree bend that holds the wire in place.  And now the wire was is short.  So now we need a new fuel sender in order to replace the missing wire.  Fortunately, this also caused us to notice that the fuel senders are not identical.  Otherwise we probably would have installed the wrong sender into the wrong tank.  All in all not a good day. 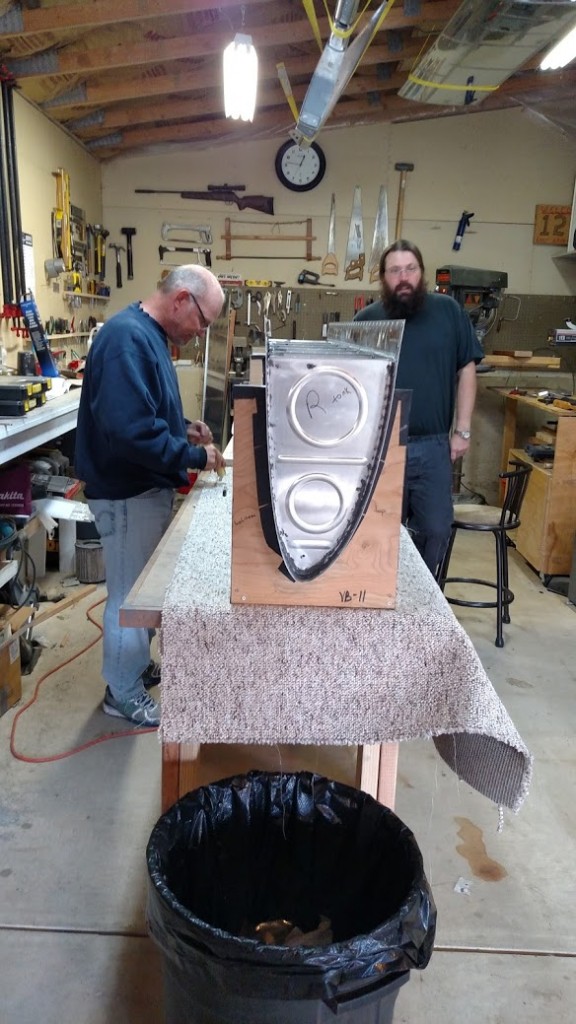 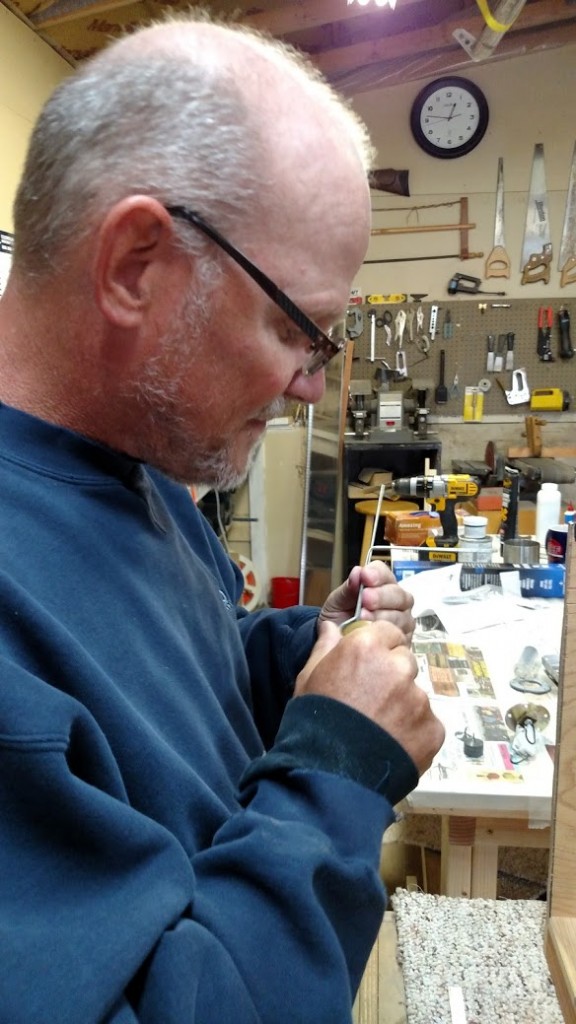 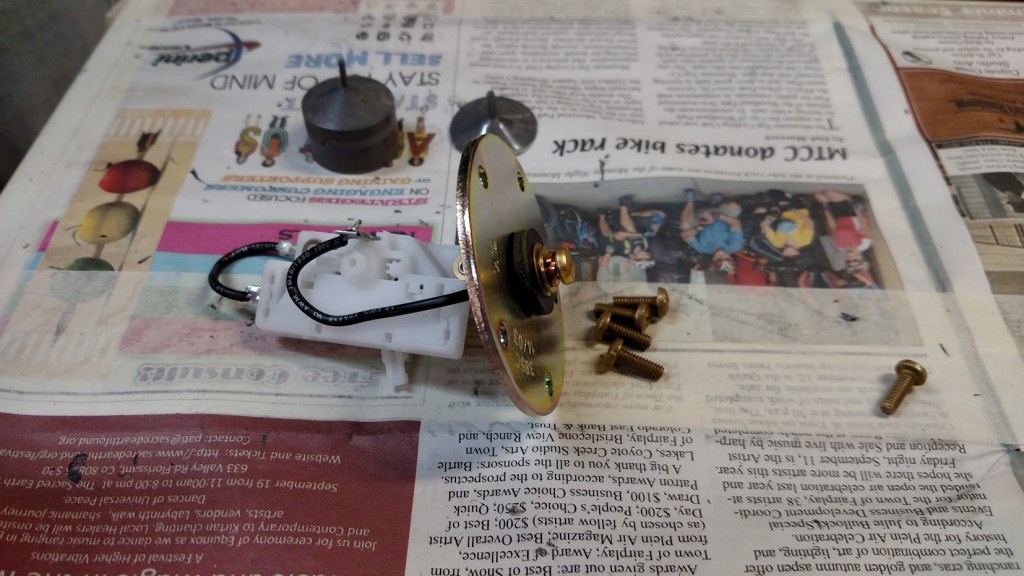 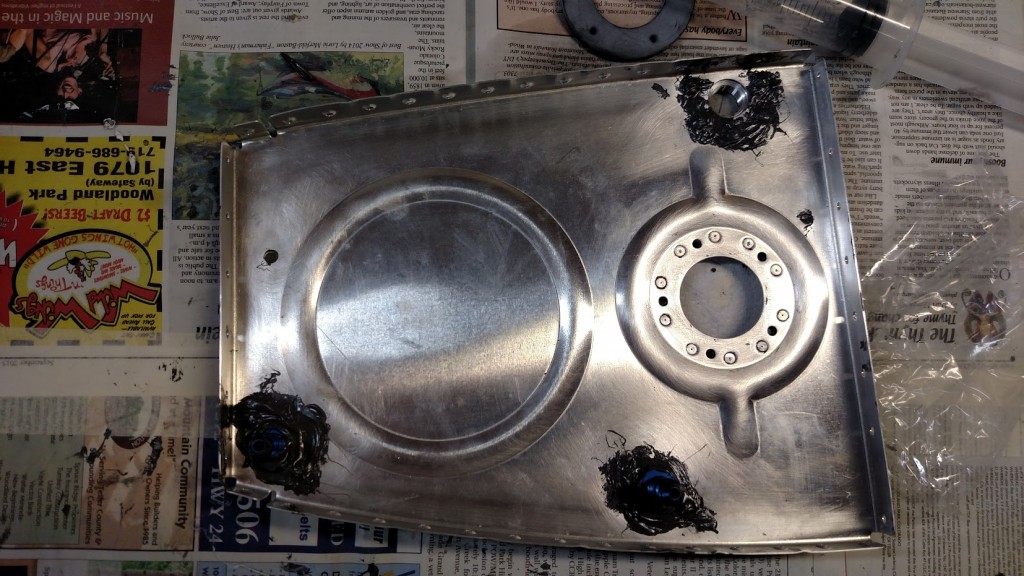 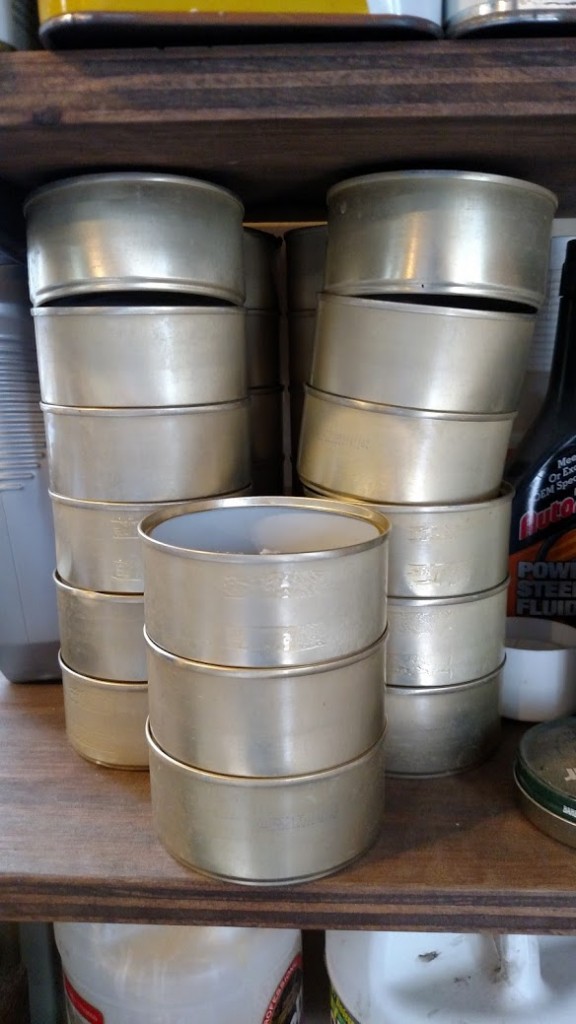