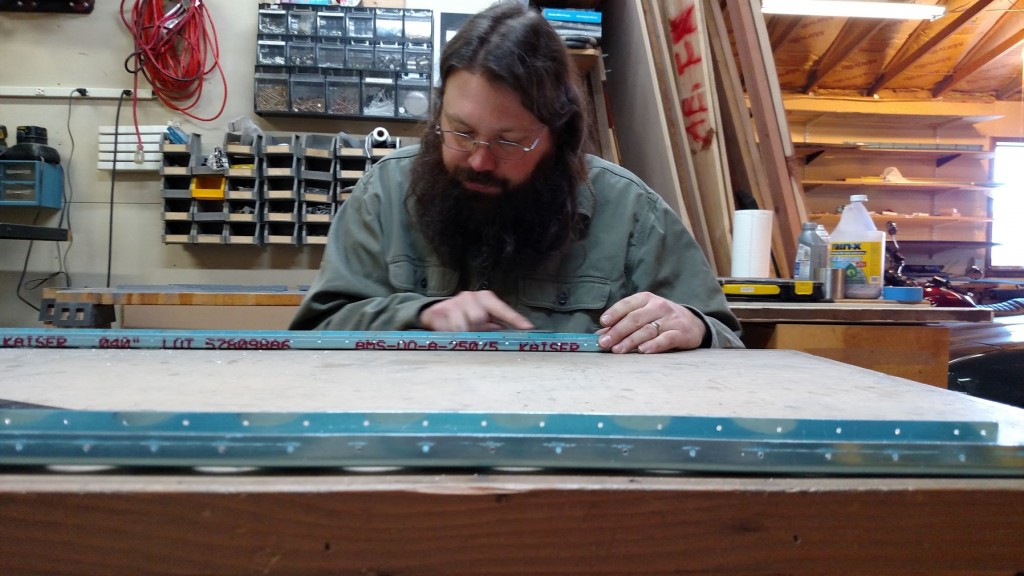 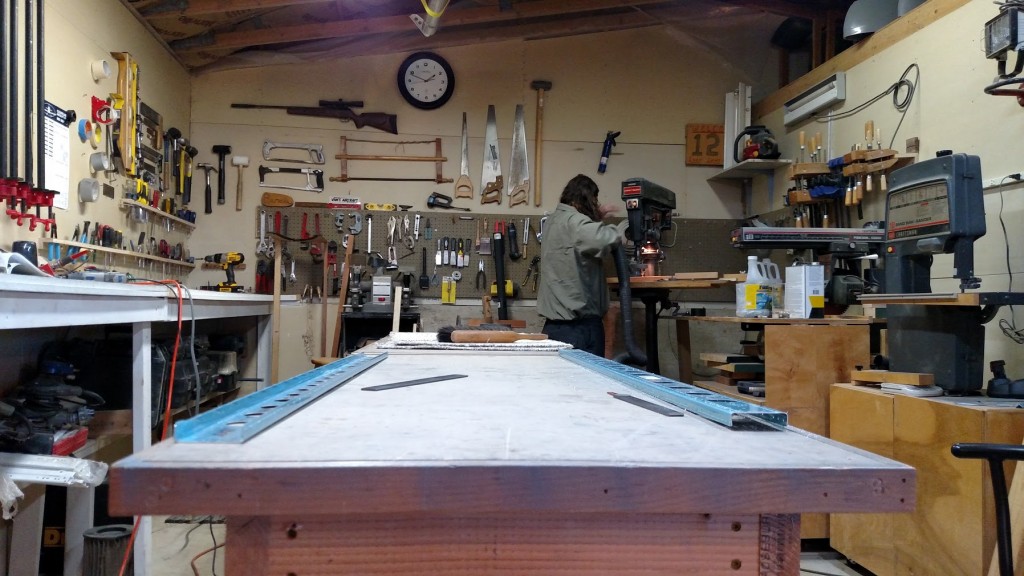 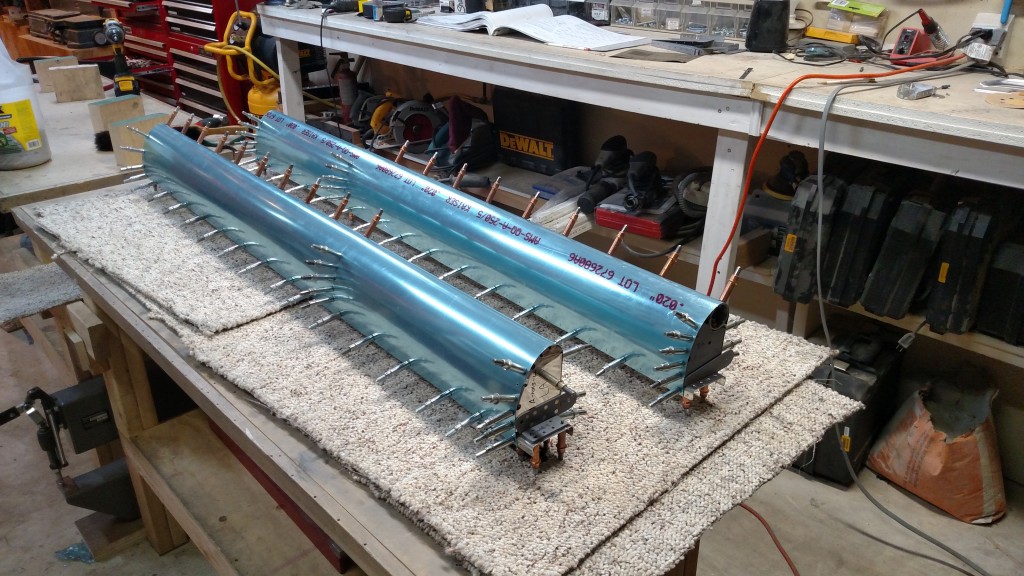 Only tricky bit here was that the nose ribs didn’t want to align with the skins after bolting them to the counterbalance tube.  There was just enough play after loosening the bolts and holding them outward while I re-tightened them that they lined up just fine the second time.

He didn’t take any pictures.