Including one of the ones where I had to duplicate the hole for the aileron pushrod. 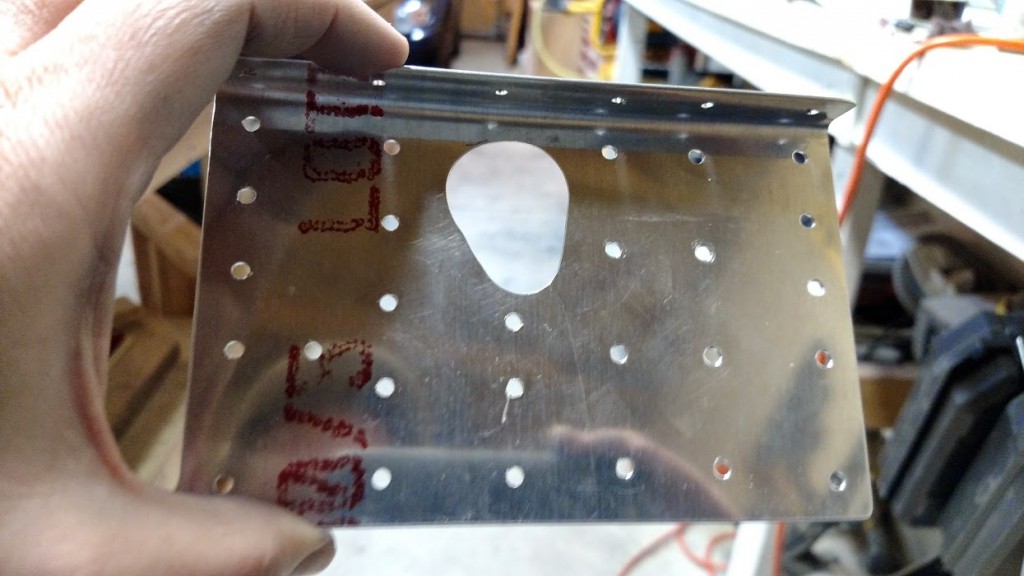 I spent a very, very long time staring at the plans today. I try really hard to understand why they want me to do things in which order, and sometimes it’s a mystery. Today, I was trying to understand why all the flange holes in the rear spar don’t get dimpled or countersunk before riveting it to the ribs, but some do. There was a cryptic note about rivets being left out for the gap fairing in section 16. There is no gap fairing in section 16, but section 16 does mention the gap fairing, which will be installed in section 20. Section 20 makes it clear which rivets are left out in section 15 for the gap fairing. But nothing to explain why 26 holes are dimpled now… Finally after finding where the other holes get dimpled (after the top skins are final drilled with the rib), it made a bit of sense. They’d rather not dimple the holes now, instead waiting to match drill with the skins. But there’s a doubler fork on the rear spar that, once riveted in place, will prevent dimpling.  Still, just a little note to indicate these sorts of things would go a long way.

Why the wings get assembled/drilled/disassembled/deburred in sections very unlike everything else is a bit of a mystery. It seems you could, in fact, assemble them all with clecos, drill them all, disassemble, but I suppose it’s such a big operation I’m just as thankful the directions have us do it piecemeal. Even though some holes get drilled more than once, or match drilled after they’re already “final” drilled.

I did manage to drill some holes in a doubler, and Jonah did a ton of deburring. 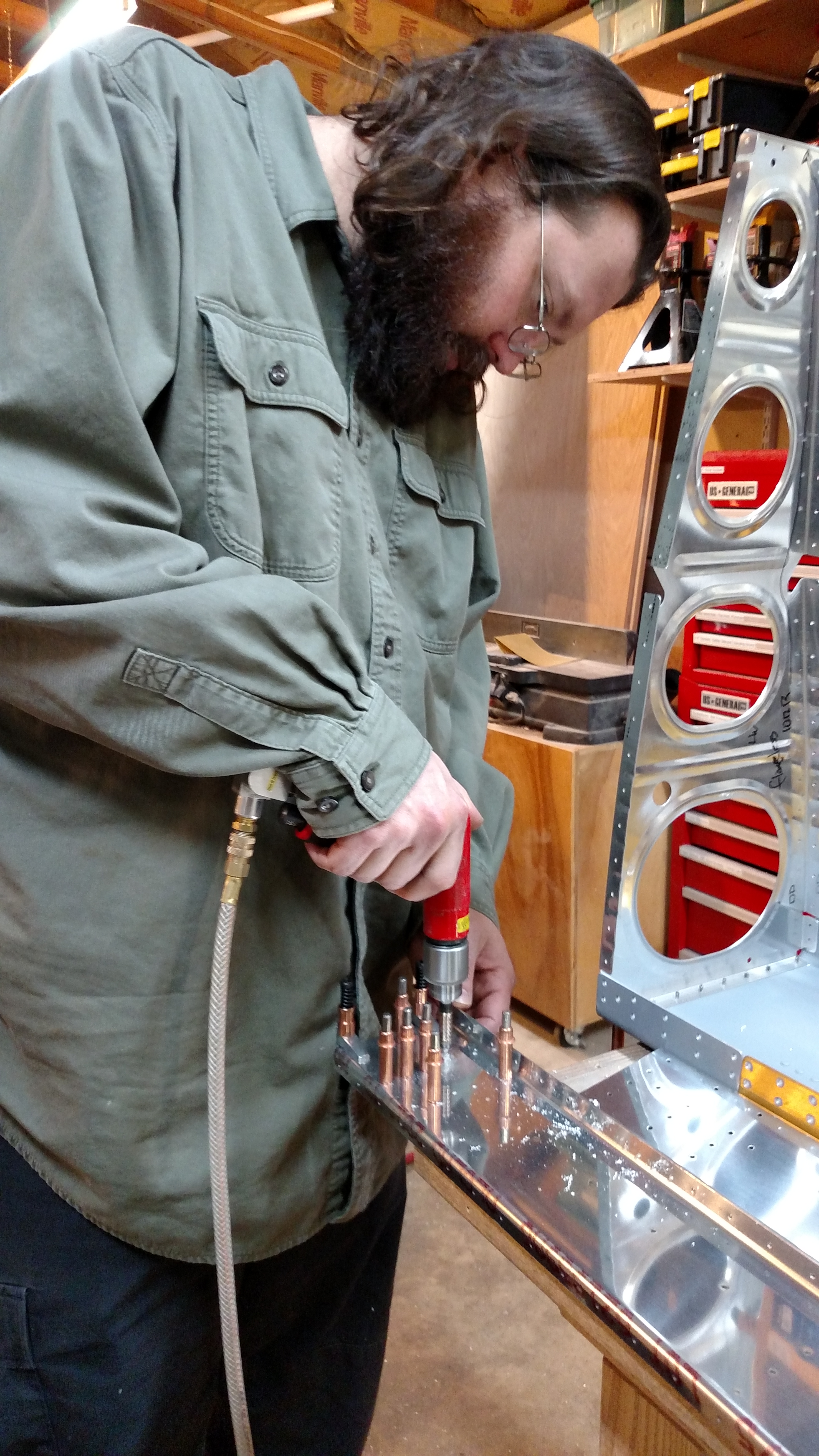